In April, 2003, Novel In Progress considered using a list of 10 critique elements titled “Under Review” as part of the cover sheet to be included with any submission to Roundtable. The idea was ultimately abandoned because of concern that such a document would encourage a by-the-numbers approach to critiques. But in truth, such fear is warranted only if the document is treated as a checklist rather than a memory jogger to assist members with organizing and presenting their critiques in both written and verbal form.

This page presents a list of 32 structural elements of modern fiction, the skillful handling of which is

commonly recognized as crucial to a writer’s grasp of how to build stories with an effective ratio of ingredients to engage readers on multiple levels. Using an imperfect but apt metaphor, it’s the difference between creating a bland stew with little or no character and one that offers a rich cornucopia of culinary delight.

Each element includes a short definition/description that is intended only to serve as a common frame of reference and to avoid burdening critiques with semantic differences of opinion. 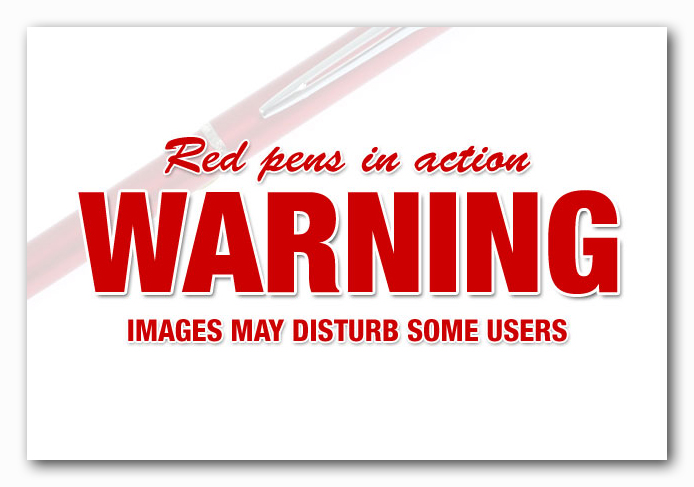 HOOK: Are you quickly drawn into the story? Does the opening make you want to keep reading? This question relates to the importance of the first five pages.

SETUP: Are you immersed in the protagonist’s ordinary world? Do you learn enough about the character’s sense of self and current situation in life to appreciate the impact of the next story element?

INCITING EVENT: Can you identify the moment when everything changes for the worse by altering the protagonist’s ordinary world?

ANTAGONIST(S)/OPPOSITION: Do you find a situational or personal opponent that appears to be well-developed, interesting, believably motivated and worthy of the protagonist?

SECONDARY CHARACTERS: Are they well-developed? Do they contribute to the story without distracting from it? If none exist, does the story work without them?

DIALOGUE and/or INTERNAL MONOLOGUE (“THOUGHT VOICE”): If used, is it handled in a smooth, natural, and interesting manner? Is it in character? If not used, does the writer involve the reader well enough so that dialogue/internal monologue would not improve the presentation?

SETTING: Do you experience the time, place, and mood with visual as well as other senses? Does it seem appropriate to the story?

MECHANICS: Is the manuscript prepared neatly and properly? Does it follow manuscript format as given in the guidelines? Is it free of grammatical, punctuation, spelling, capitalization errors?

SCENE/SEQUEL: Is there a back and forth movement between scene (real time action) and sequel (internal response, consideration, planning, goal setting, also described as emotion, thought, decision, action)?

SCENES: Do the majority of scenes present the POV character’s goal, motivation, stakes, choices, consequences of choices, and conflict/opposition? Do they end with a shift in one or more of those key elements so that the scenes matter to the final outcome of the story? Can you answer the question, “What has changed as a result of this scene?”

VIEWPOINT: As defined here, there are three choices: 1) omniscient, 2) limited-single, and 3) limited-multiple. Is POV immediately apparent and consistent? For multiple POV, are transitions clearly and appropriately controlled, and does the choice of POV characters enhance the story?

TENSE: Does the author’s choice of tense serve the story well?

PSYCHIC DISTANCE: This structural element is based a concept explored by John Gardner in his book The Art of Fiction. The term refers to where the narrator (and therefore the reader) stands relative to a character. Said another way, it’s the control of how far the reader is taken inside the character’s head. At one end of the scale the “camera” is remote and objective, at the other end it is tight, close up, and subjective. A writer’s effective control of psychic distance creates a rhythm of intimacy and distance.

PLOT: Defined here as anything that happens which if removed from the story would alter the outcome. (It is not a character versus plot issue in terms of what drives the story. That distinction relates to whether the inciting event and resulting catalyst for change are primarily internal or external forces in relation to the protagonist.)

PACING: How would you describe the speed with which the story moves forward? This is an evaluation of how slower elements such as sequel are interspersed with faster elements like scenes.

THEME: Can you identify the main idea or message behind the story?

STRATEGY: Do the author’s scene selection and POV choices (if using multiple) contribute to and enhance your ability to engage with the characters and what’s happening in the story?

NARRATIVE: Defined here as a written account of a series of events, or storytelling, as a separate and distinct structural element from dialogue.

BACKSTORY: Anything that occurred prior to page one affecting characters individually and/or collectively and that satisfies the following three criteria: 1) what does the reader need to know, 2) when does the reader need to know it, and 3) in each instance, what is the best technique to accomplish #1 and #2? A short sentence or two in narrative? A few paragraphs as in a longer period of thought by the POV character? Or and full-blown flashback told moment-by-moment as it occurred with dialogue and action?

BACKGROUND: Defined here as information needed for you to understand and appreciate certain aspects of the story that may not be self-evident to the average reader within the target audience. Examples include unfamiliar details of life in the distant past or future (historical or science fiction), and specific knowledge and technical details normally confined to a character’s profession (legal, medical, law enforcement, aviation, e.g.). Is it included in a manner that isn’t obtrusive, so that it rises organically from the story using the same three guidelines as for backstory?

EXPOSITION: Defined here as a comprehensive description and explanation of an idea or theory. Generally considered intrusive and incompatible with fiction, but it can be included as a part of background when necessary.

VOICE: Defined here as the individual writing style of an author, a combination of idiotypical usage of syntax, diction, punctuation, character development, dialogue, etc., within a given body of text. Do you recognize a unique voice? Do you think it enhances the story, is a neutral element, or detracts from it?

CONFLICT/TENSION: Often considered to be the fuel that powers the fiction engine. Does the author keep enough in play to hold your interest?

FORESHADOWING: Defined here as a warning or indication of a future event. It can be explicit or veiled. Did you notice any?

PROPORTION: If you were to use different-color highlighters on the text devoted to the structural elements of dialogue, narrative, background, backstory, stage direction, setting, scene, sequel, and character internalization (thought), would the juxtaposition of colors reflect a relative proportion that serves the story well?

SUBTEXT: Defined here as content which is not announced explicitly by the characters (or author) but is implicit or becomes something understood by the reader. Subtext can also refer to content underneath the spoken dialogue, the unspoken thoughts and motives of characters—what they really think and believe.

STAGE DIRECTION/ACTION: Not to be confused with gun battles and car chases, does the author combine descriptions of character movements with other structural elements to keep the reader updated with where the players are in relation to the backdrop and each other? Do characters appear to levitate from one setting to another, or pass through walls? At the other extreme, do mundane, everyday actions receive excessive attention to detail that slows pacing for no reason?

SPECIFICITY: As opposed to generalizations, does the author use specifics to strike a balance between including very few details and overloading readers with too much information that only serves to clutter the prose?

CADENCE (also known as SWING): This element refers to the author’s skill in adjusting the length of sentences, including fragments and run-on sentences, to manipulate the reader’s experience of becoming immersed in the story world by entering the fictive dream through the willing suspension of disbelief.

ORIGINALITY and STYLE: Do all of the above elements work together in a way that makes the story seem compelling and unique?